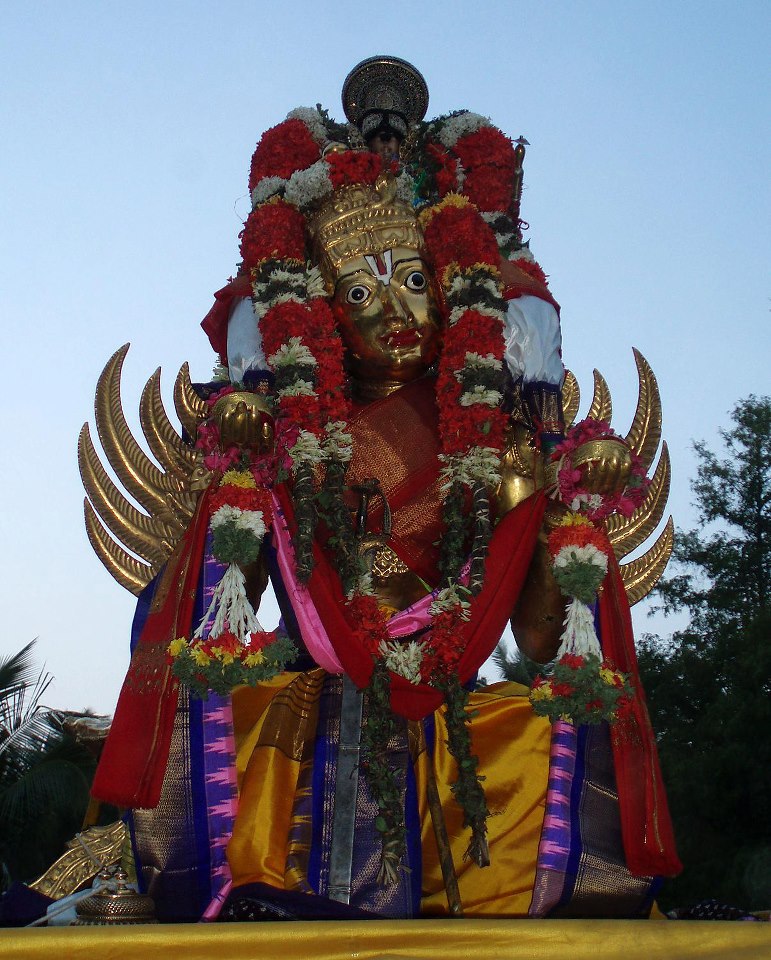 bhagavAn appears in five different forms – para, vyUha, vibhava, archA and antharyAmi (more on this can be seen at http://ponnadi.blogspot.in/2012/10/archavathara-anubhavam-parathvadhi.html). Of these, archAvathAra form is the most compassionate. emperumAn wilfully descends into the material world and assumes various forms in various dhivya dhEsams, mutts, thirumALigais (residences), etc. In doing so, he also vows to fully depend on his devotees to take care of him as he himself would not do anything to take care of his bathing, eating, sleeping, etc. It is the ultimate manifestation of his supremacy, that is, completely giving up his supreme independence and acting as if he is completely dependent.

uthsavam is a great revelation of the mercy/compassion of emperumAn and thAyArs enacting wonderful activities to uplift every one in this samsAram. People are generally engaged in all kinds of materialistic activities. By placing himself in the center of all the events and enacting wonderful events, emperumAn attracts all kinds of people towards him, reform them, change their attachment from worldly pleasures to spiritual matters and finally uplift them. This is the main purpose of emperumAn‘s uthsavams.

This article gives a brief introduction to the various uthsavams that happen at most srIvaishNava temples.

These uthsavams, as explained in the beginning, have a great purpose. It is to bring srIvaishNavas (and other faithful devotees) of various background and capacity together and engage them in kainkaryams together. Let us also participate in such uthsavams and perform kainkaryams selflessly.

Usually, SrI jayanthi, SrI rAma navami, varusha pravESam, makara sankarAnthi (pongal), dhIpAvaLi, kArthigai dhIpam and AzhwAr/AchArya thirunakshathrams are commonly celebrated at SrIvaishNava homes too. Let us see a brief narration on how to celebrate these uthsvams at our homes.